My thoughts exactly by Lily Allen: came for the chisme, stayed for the reflection on women’s stories✨ 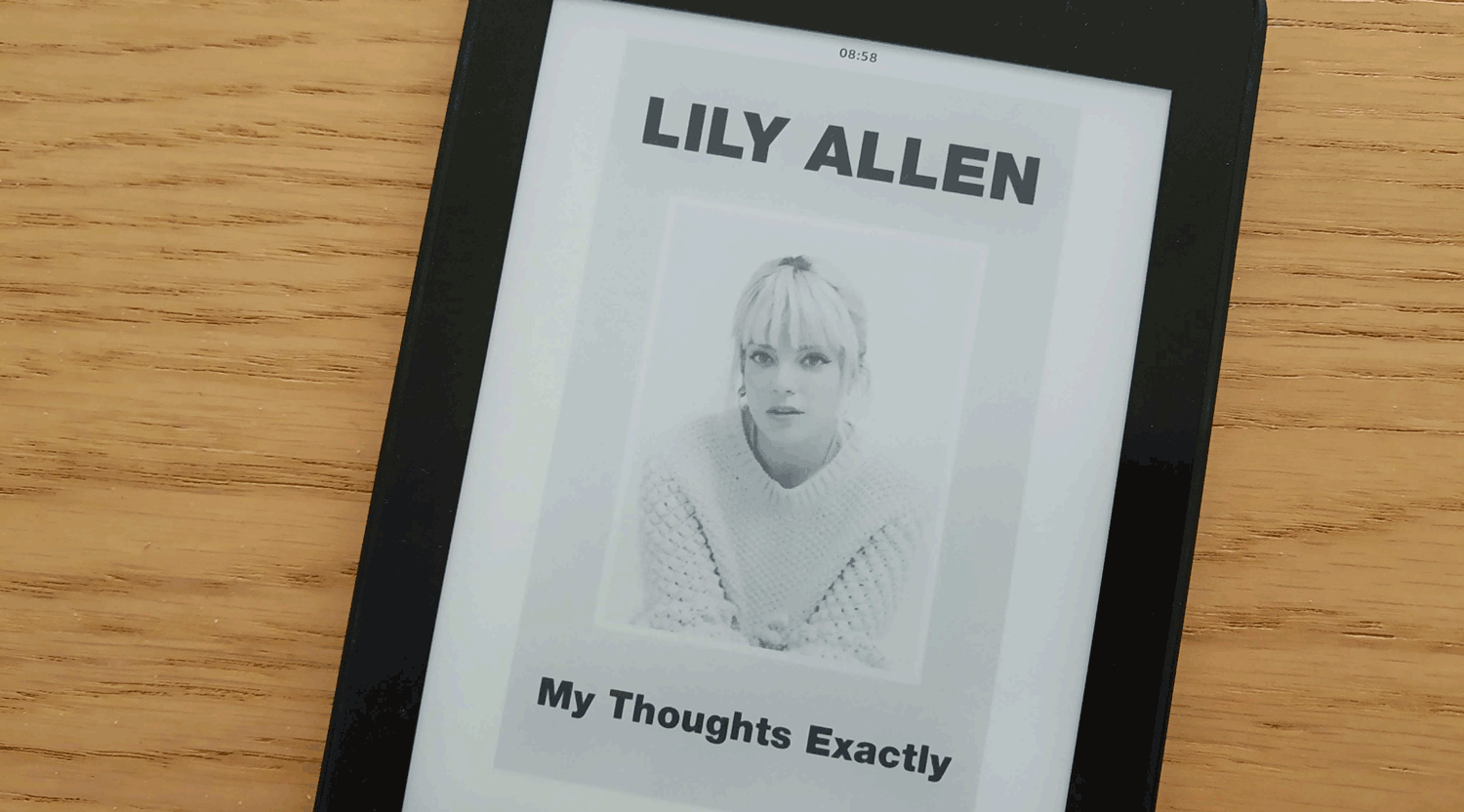 The only reason I read celebrity books is to learn about gossip a.k.a. chisme. I wanna know if they know things about other famous people. I wanna know the story behind a popular song, movie, or TV show. Do they have dirty little secrets? Are they secretly terrible people? Are they a complete mess?

The chisme is what gives my life purpose.

I started reading My Thoughts Exactly by Lily Allen because of that. And then, I got more than what I had bargained for.

What’s great about this book is not only that there’s a lot of chisme but also, that it’s so honest. Yes, Lily accepts she has not been the best person (who has?). She has addiction problems, she sometimes didn’t want to get back home to her family, and, at a party, she met Karl Lagerfeld.

It’s the truth. It’s her story.

It’s about her. Telling her story.

It’s a story about a lonely girl. A dysfunctional family (like every other family out there). The struggle with depression. Not finding what you need. Working hard for what you want.

I couldn’t stop reading it.

I liked it and downloaded the rest of the album. Sorry, Lily.

Her songs sounded happy and quirky and she looked cool. When you listened closely to the lyrics, it was like wow, that’s funny, and she’s a rebel, and she says whatever she wants to say. But is all of that based on real stories? Are those her experiences?

After that album, Lily has been in and off my life ever since. I recently got obsessed with Waste, for example.

Reading her book made me sad that I didn’t know anything about her life and what she was going through while singing quirky songs. Really… what do we know about celebrities? She was struggling along the way.

Now, I know what you’re maybe thinking. Come on! She’s a celebrity. She lives in a nice place. She has everything she wants. Everything came easy to her because her parents are celebrities. What could she be worried about in her life?

All of that is true.

But also, the fact that she’s privileged in many ways, doesn’t take away the struggle… even if she had the means to solve many of those struggles.

As I kept reading, I couldn’t take away the sense of it being a familiar story somehow. I just couldn’t pinpoint why I felt like I had known about something like this before.

Then, there’s a part where she mentions Amy Winehouse.

Of course, it was that.

Lily says that the media wanted to pit them against each other. They were both rebels and didn’t like paparazzi, etc etc etc.

And that’s when I was like ahhh, yeah, this reminds me a lot about the documentary AMY, about Amy Winehouse. Let me tell you, that documentary broke my heart.

If you can, watch it. It’s very, very, very well done.

Sadly, it’s told by her family, by her friends, by others. Yes, you see videos of her and private stuff. But, in the end, all of this is looked at through the eyes of others.

I wish Amy had had the opportunity to tell her own story. To say yes, I’m flawed but I’m also talented but I also struggle but I also work hard.

Because so many women struggle with the same.

And that’s what’s so good about My Thoughts Exactly. It’s sad, at times devastating but it’s Lily who’s telling the story. It’s her story and it’s hers to tell.

There’s power in women telling their own stories. And, if I can take away anything from this book is precisely that.

There’s no insightful conclusion to this thing I’m writing because anything that I would be able to write is not as cool as this quote from the book:

So, this is me. Lily Allen.
I am a woman.
I am a mother.
I was a wife.
I drink.
I have taken drugs.
I have loved and been let down.
I am a success and a failure.
I am a songwriter.
I am a singer.
I am all these things and more.

When women share their stories, loudly and clearly and honestly, things begin to change — for the better.
This is my story.